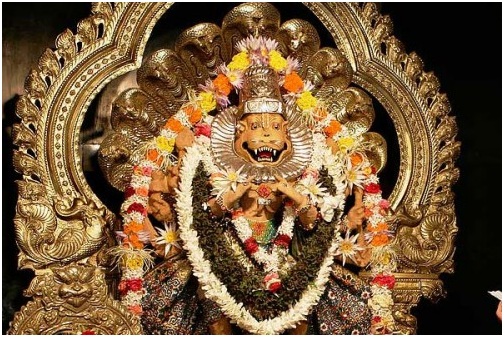 tava kara-kamala-vare nakham adbhuta-srngam dalita-hiranyakasipu-tanu-bhrngam keshava dhrta-n“O Keshava! O Lord of the universe! O Lord Hari, who have assumed the form of half-man, half-lion! All glories to You! Just as one can easily crush a wasp between one’s fingernails, so in the same way the body of the wasp like demon Hiranyakashipu has been ripped apart by the wonderful pointed nails on Your beautiful lotus hands.”