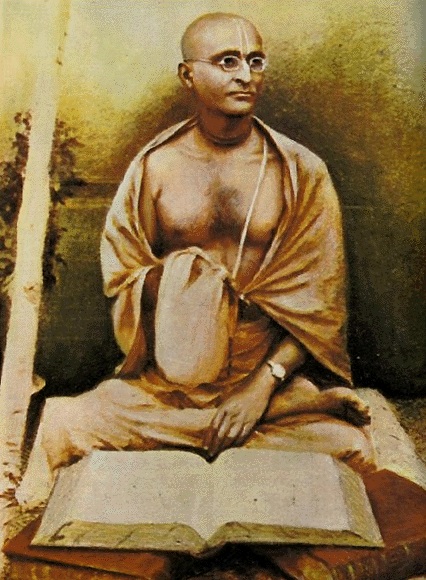 Srila Bhaktisiddhanta Saraswati Thakura appeared in Purusottam Ksetra, Jagannatha Puri, Orissa, on February 6, 1874. He was born in the family home next to the Narayan-chhata of Sri Jagannatha Temple, which always reverberated with the chanting of the Holy Name. Named Bimala Prasad, He was the fourth son of Srila Bhaktivinoda Thakura and Srimati Bhagavati Devi.

By the age of twelve, Bhaktisiddhanta Sarasvati was well versed in astronomy. Hearing news of this, Srila Jagannatha dasa Babaji summoned him one day and instructed him to make a Vaishnava calendar that included the appearance and disappearance days of all Lord Chaitanya Mahaprabhu’s and Visnupriya Thakurani’s associates. Following these instructions, Srila Bhaktisiddhanta Sarasvati made the necessary calculations and began publication of “Sri Nabadvipa Panjica”.

So his method of preaching is just according to the, strictly according to the rules and regulation of Chaitanya Mahaprabhu. And as Chaitanya Mahaprabhu was called by Advaita Prabhu, similarly, Bhaktivinoda Thakura, when he saw this condition of pseudo Vaishnava all over the country, he also prayed to Lord Chaitanya that “You kindly send somebody from Your personal staff so that I can start this movement.”